Hope House began in 1998 providing cutting edge programs to strengthen families and, in particular, the relational bonds between children and their fathers imprisoned far from home. In addition our goals include reducing the isolation, stigma, shame and risk these families experience when fathers and husbands are imprisoned, and to raise public awareness about this most at-risk population. 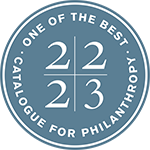